At Auburn, our final project was generally expected to take the form of a large scale branding project. I chose to concept and brand a midsized chain of cinemas. Roxy Cinemas needed to strike a balance of approachability while appealing to passionate film fans as well. The logotype is a custom wordmark with an "O" that evokes the dimensions of a standard screen. The visual system is inspired by the shapes found on test sheets used to align old projection systems paired with a textured film grain and abstracted "projection" shapes. 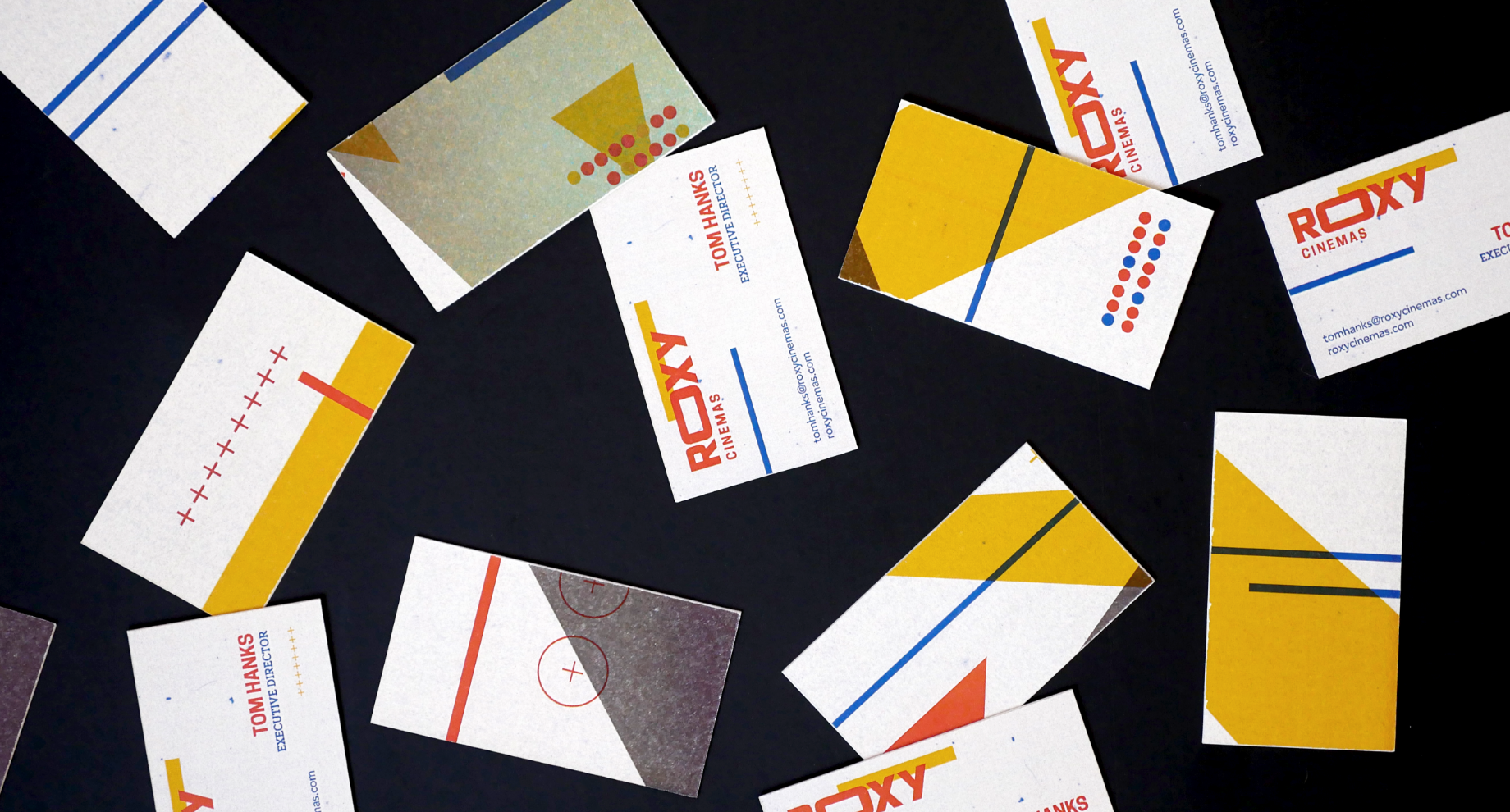 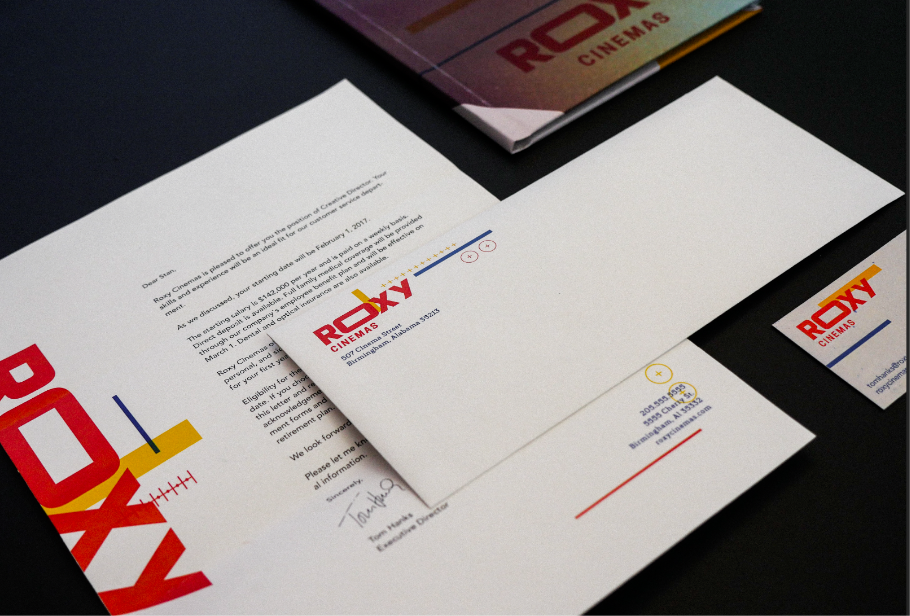 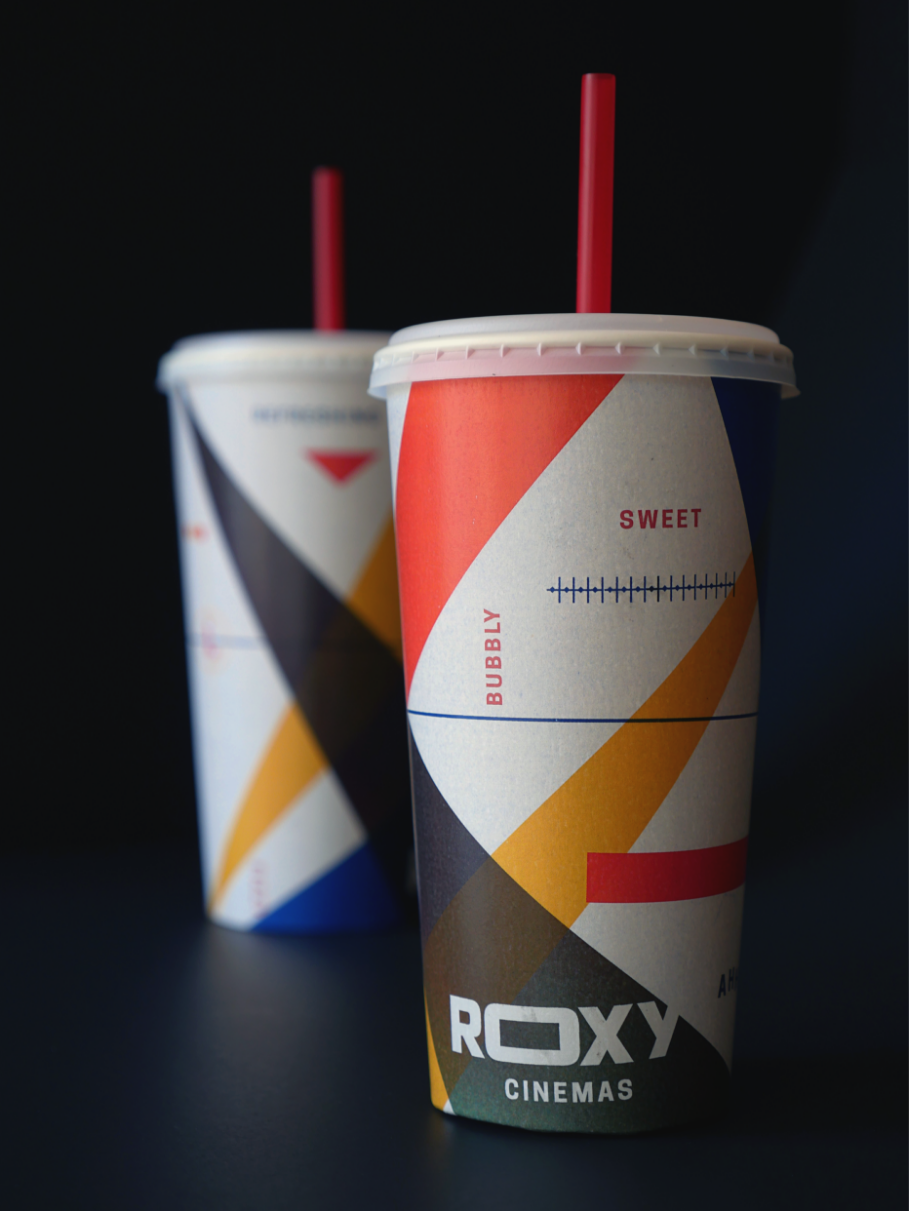 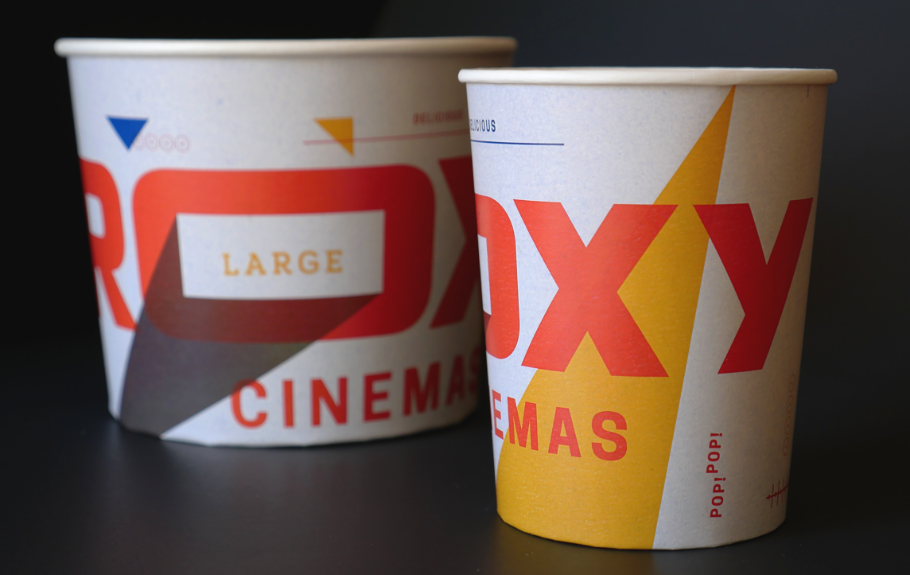 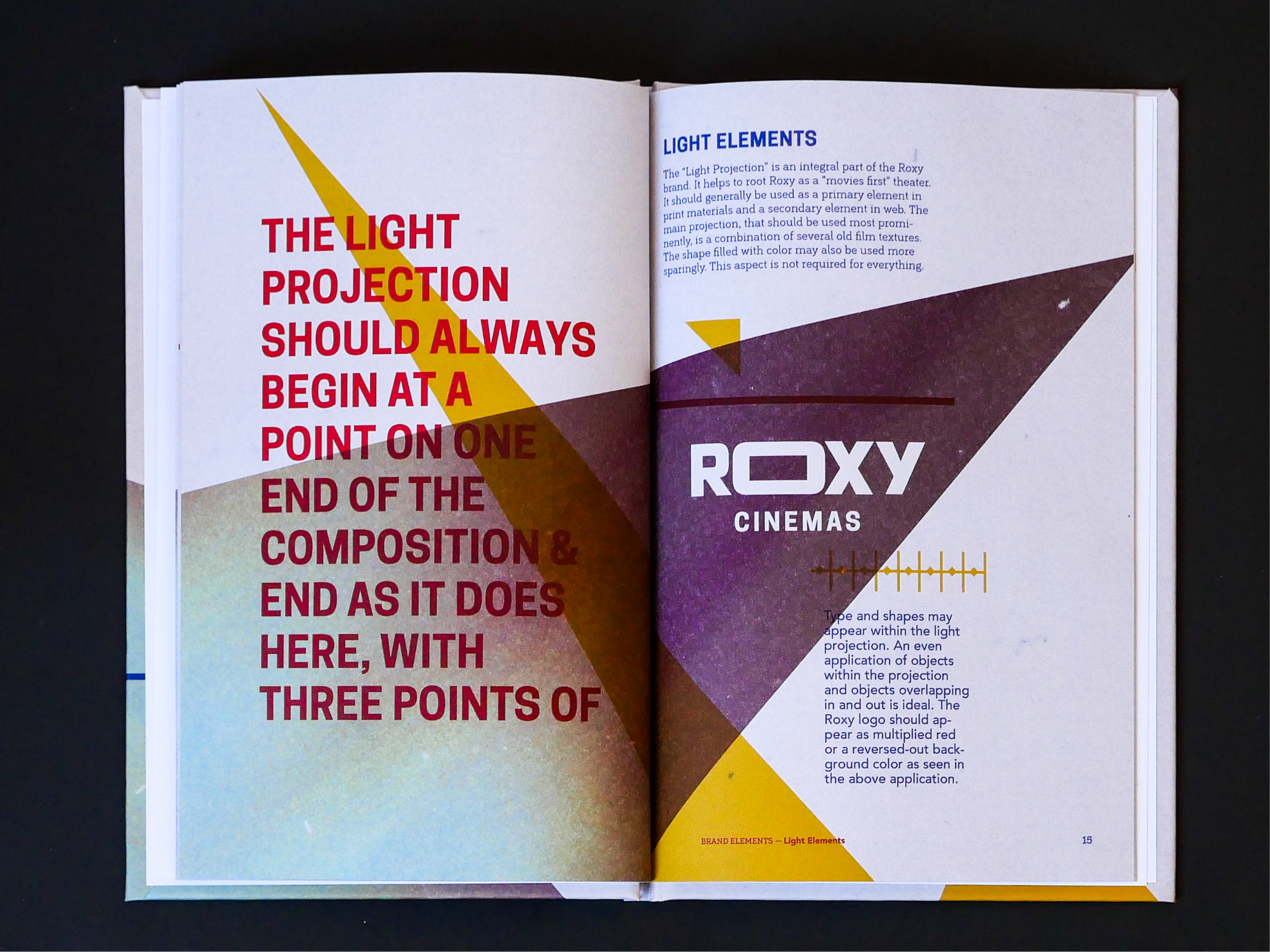 The Roxy Website
Explore the prototype below!
Pre Show Bumpers
A series of animated bumpers that play before the previews. The third bumper is an introduction that plays immediately before the show begins. 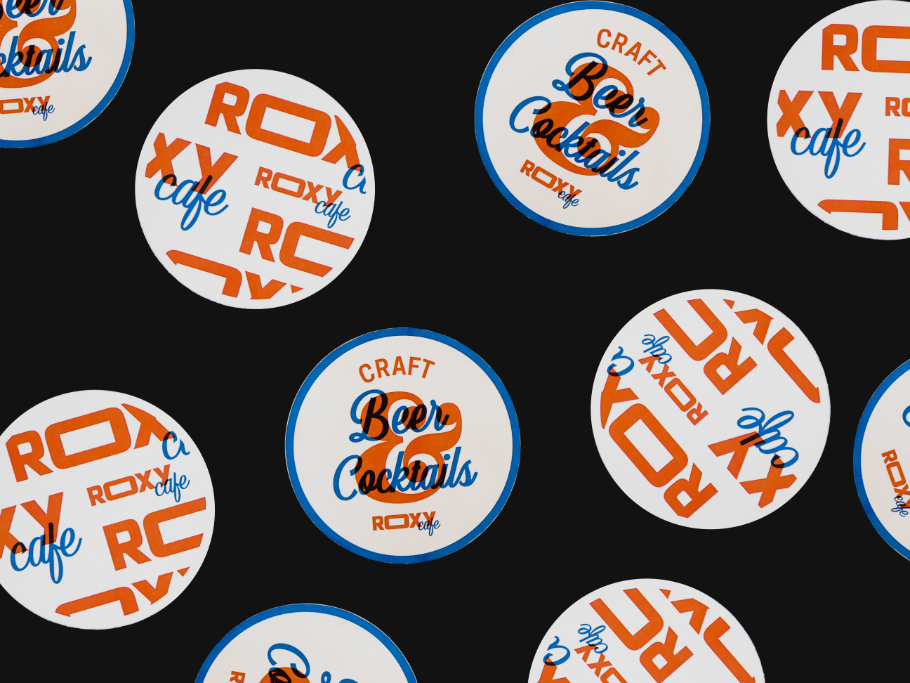 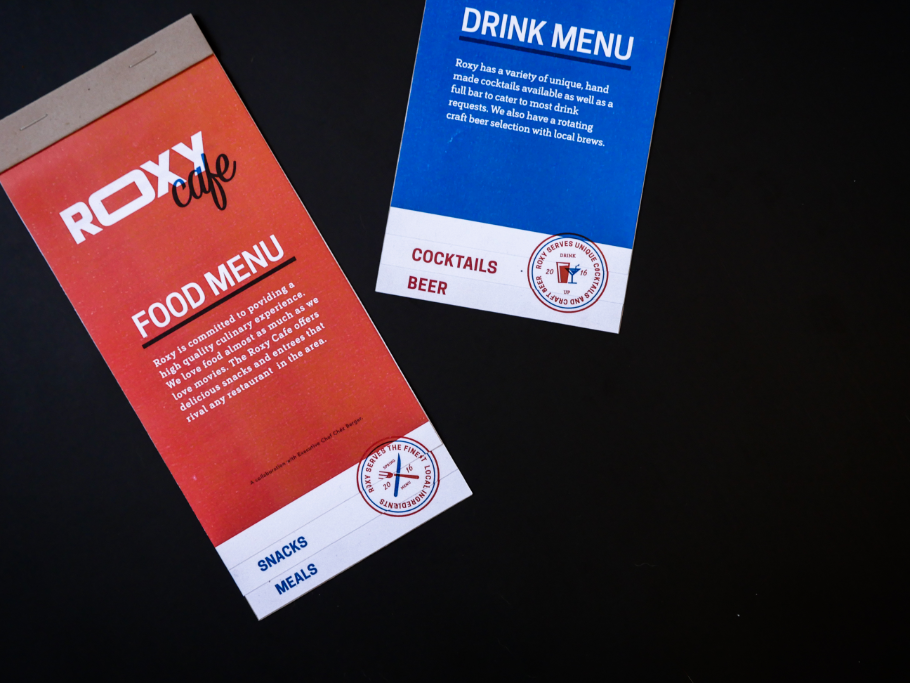 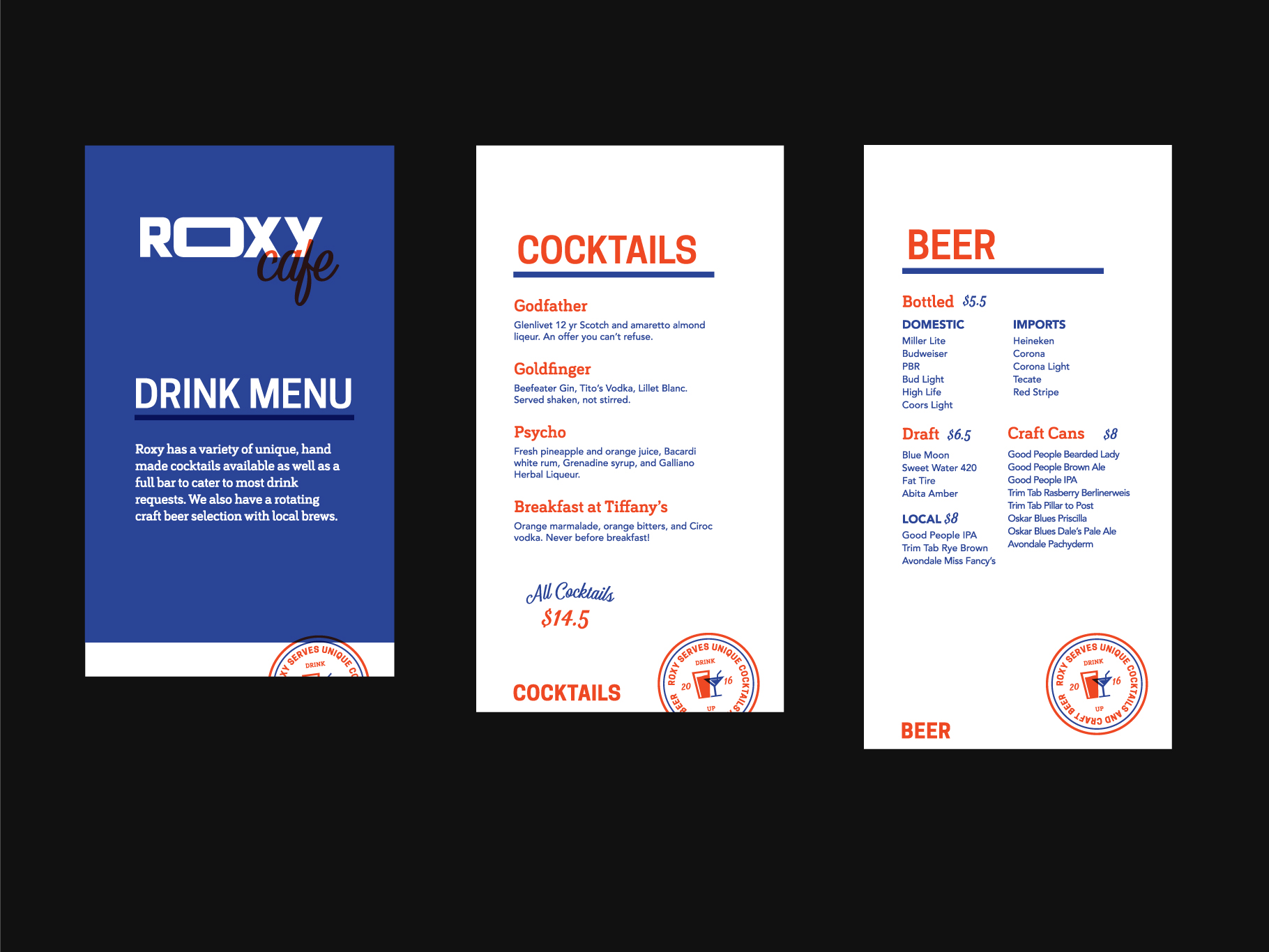 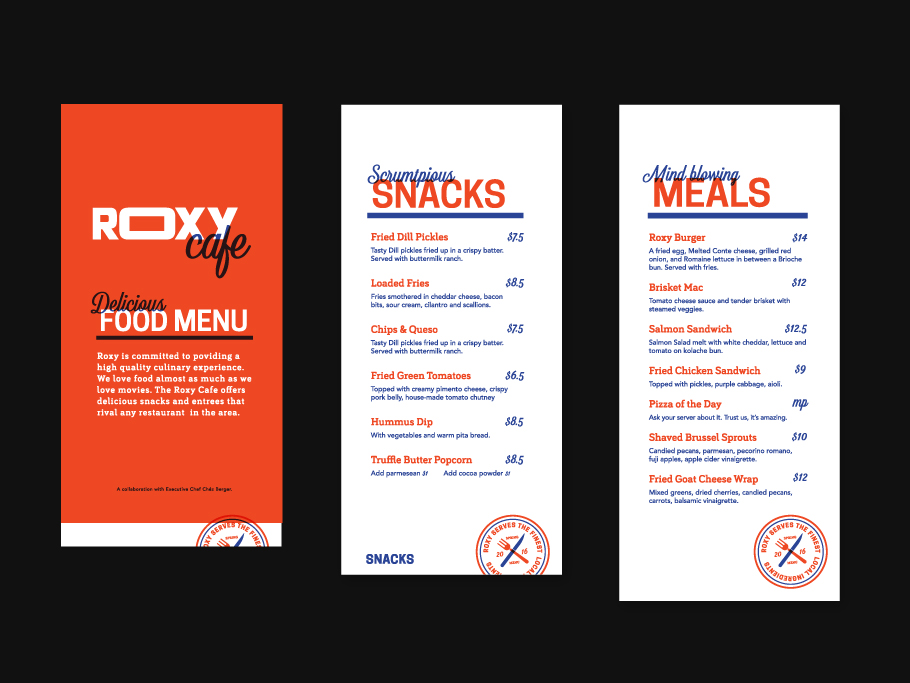 Ready to make something with me? Let’s Talk!
PREVIOUS PROJECT
NEXT PROJECT
Home